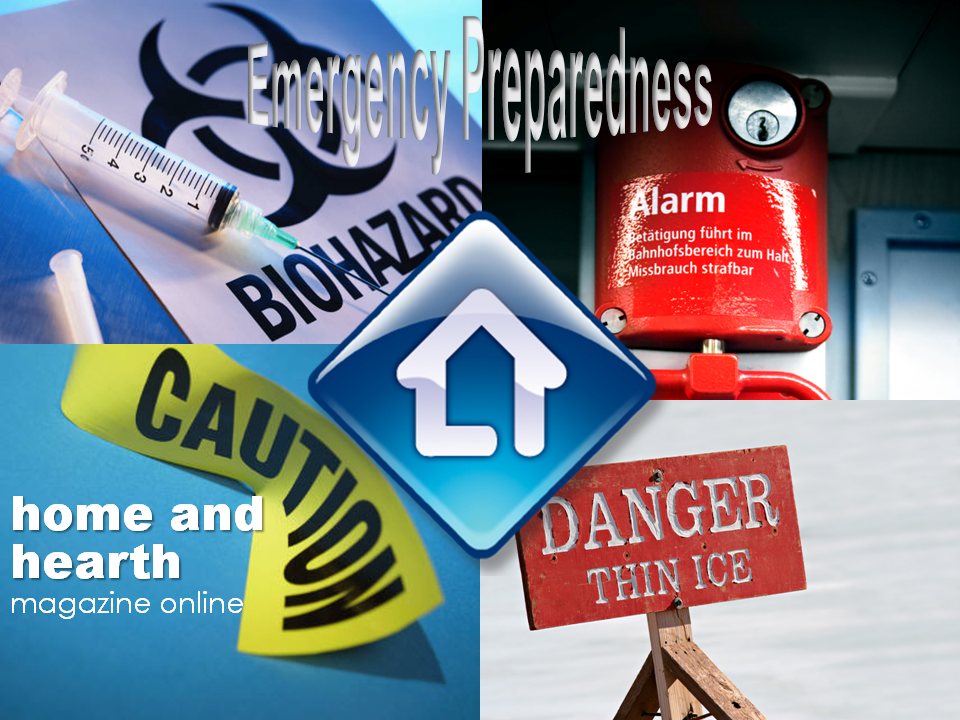 The recent devastation caused by the effects of hurricane Sandy along the eastern seaboard has been nothing short of a sobering revelation for many. The takeaways from this catastrophic event are that 1) climate change occurrences are here to stay and 2) emergency preparedness for the home is even more important than ever before.

While the wrath of hurricane Sandy is almost unimaginable in the northeast region, Home and Hearth Magazine Online believes that advance preparation for any weather event ultimately makes for a safer home. Considering the following tips and product offerings in advance may equal peace of mind and less stress in the long run.

Download a storm evacuation map from your city’s Office of Emergency Management.  People living on the waterfront or near flood prone areas should know what alphabetical “zone” they reside in.  In the case of tri-state area residents living on the east coast, Zone A was extremely susceptible to flood danger and high tides in a Category 1 storm.  Residents living in Zone C and beyond are relatively safe from floods in a Category 1 storm however their risk increases should the storm intensity rise to a Category 3.  Know your A, B, C zones. 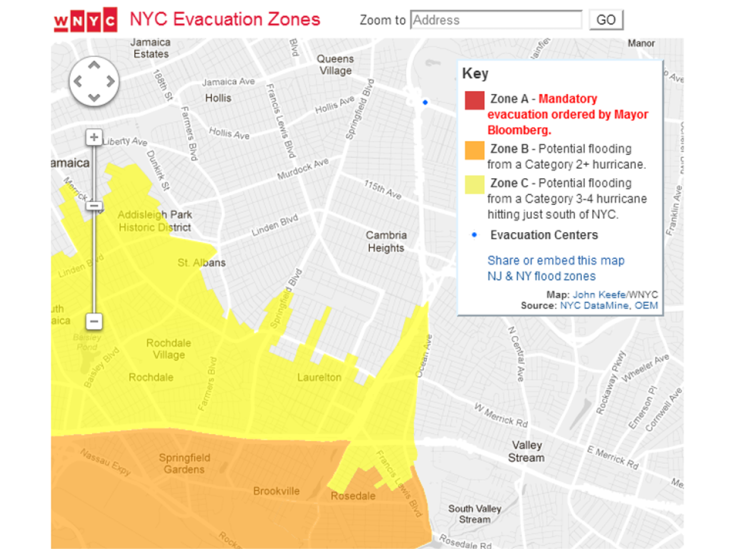 Get an All-in-one Emergency Unit

The Tough Brite Storm Tracker by Vector, Model VEC135, takes some of the guess work out of emergency preparedness.  This all-in-one unit  is great for the home or on the go if a sudden evacuation is necessary.  The unit works by battery, plug or via back-up hand crank in the event of battery failure.  The cross-body carrying strap makes it easily portable and the unit has a NOAA weather radio, AM/FM stations, UHF/VHF television, antenna, low beam and LED high beam flash flights.

The risk of accidental fire increases when flame-lit candles are used during a power outage.  Select battery operated lights and candles to avoid getting burned.  There’s a wide variety of candle styles and many of them use “C” batteries which always seem to be the most plentiful on the store shelves in an emergency.  Colorful battery powered lights are great for relieving  frightened kiddies during a blackout. The house you save may be your own.

Whistle While You Wait

One of the least expensive but most invaluable items to have in the home during a storm is a whistle.  In the event of an emergency, it may be necessary to attract life-saving attention.  Where the voice may fail, having a whistle succeeds.  Keep one attached on a neck lanyard or key chain for easy access while waiting for help to arrive.

The latest accessory in the tri-state area is the bright red plastic, portable fuel tank.  To avoid participating in this trend, fill up on water, money, non-perishable foods, electricity and most of all fuel.  The current spate of gas shortages and rationing has been a nightmare for motorists with tanks and patience already on “E”.  Should a quick get-away be necessary during a major storm, be sure to hit the grocery store, gas station and the ATM beforehand.  Ready cash and a tank full of fuel make the need to stand in long lines for both resources relatively non-existent.  Nothing is worse than finding out you are short on both. 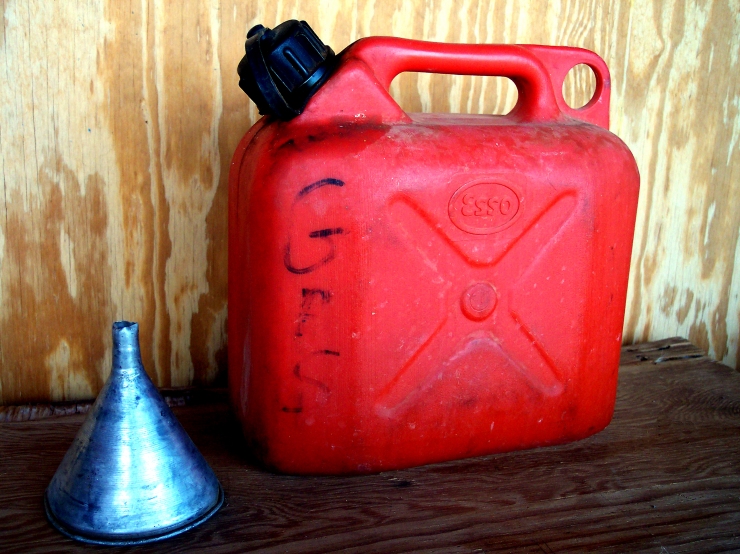 It is heartbreaking to see people on television that have lost their homes and precious mementos to the unforgiving flood waters.  Before disaster strikes, occasionally back up any important documents, pictures and personal papers on a flash drive. A flash drive is a mini, portable electronic device that fits into most computer USB ports. In an emergency, the flash drive provides consolidated storage that is easily accessible via laptop or desktop computer. Place the flash drive in a safe dry place on your person or in a overnight bag.  When making a quick get-away, carrying information becomes more portable.

As climate change becomes woven into the fiber of our lives, people should have a “go” bag handy. The hope of course is that the “go” bag will never have to be used.  However, as fate would have it, the chance of employing the go bag, at least once in a lifetime, is quite strong. Trial size toiletries, water, dried foods and important document originals or flash drives (see paragraph above) containing vital information should be packed and ready to go at a moment’s notice.

If the luxury of time is permitted, begin charging any mobile devices that require electricity days in advance before a storm. Power outages are an unanticipated byproduct of natural disasters due to downed power lines, service interruptions and the like.  The loss of power coupled with the inability to communicate with the outside world can be very stressful and in extreme cases mean the difference between life and death.

Bear in mind that any mobile device, no matter how trendy, should be switched-out in favor of a device that can be a “workhorse” during times of emergency.  Only devices that can hold their charge for three days or more vs. three hours or more need apply.  Consideration should be given to battery life, signal strength and screen brightness that can double as a lamp during a power outage.

Be your own Hot-Spot

Many telephone carriers sell mobile devices that come equipped with the ability to create a personal hot- spot for WIFI access.  As long as the device is fully charged and the carriers’ service is not interrupted during an emergency, users can access the internet and other communications.  Thanks to hurricane Sandy, many people also learned that by standing outside of establishments that regularly provide free WIFI, they were able to get an internet signal.  Keep a handy list of these favorable hot-spot establishments in the event of an emergency.

Whether it is tsunamis in the Pacific Rim, earthquakes down-under or brush fires on the west coast, emergency preparedness for the home is necessary wherever you are in the world.  With some simple product and lifestyle modifications, getting ahead of  natural disasters can make a difficult situation just a little bit more bearable.  In the meantime, stay safe folks. 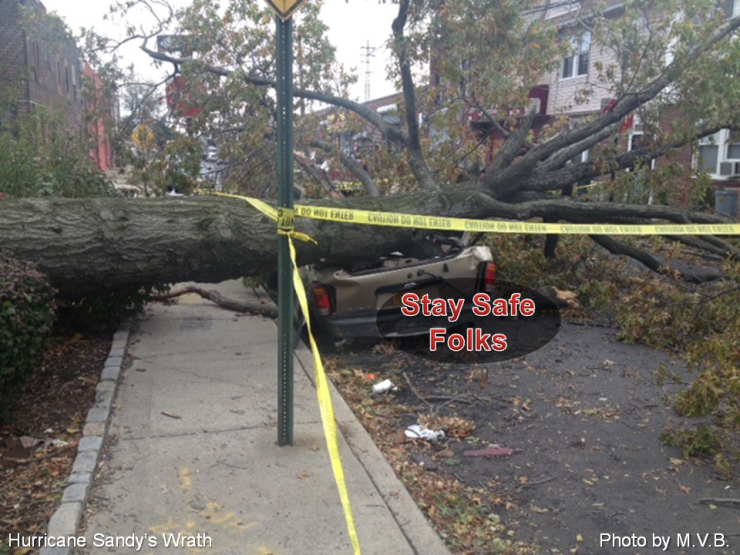